There’s something going on in New Delhi!

MCC investigates in an innovative study the rapidly rising emissions from commuters in India. 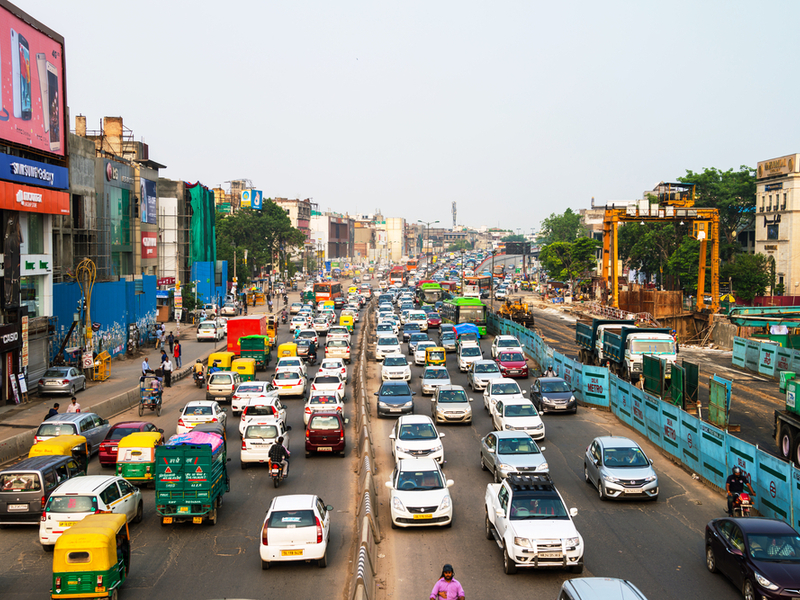 Rushhour in a country of 1.3 billion people: India’s commuters are an important factor in global climate change, and traffic-related emissions in the giant country are likely to be five and a half times as high in 2050 in comparison to 2015 if no countermeasures are taken. An innovative MCC study now provides exciting data on this subject.

From the latest census available, MCC researchers Sohail Ahmad and Felix Creutzig have determined various influencing variables of traffic-related CO2 emissions for all 640 Indian districts – and examined the interrelationships using big data analysis methods (automatic pattern recognition). One of the findings was that the per capita emissions of commuters in large conurbations are not lower than those in rural areas, as is known from the industrialized countries as a result of well-developed local public transport in the metropolises. On the contrary, emissions are particularly high here because it is urban prosperity that enables many people to afford a motor vehicle.

Further findings: Income, urbanization level, and prevalent mode (reliance on three-wheelers versus reliance on cars) are key drivers of greenhouse gas emissions. In New Delhi the per capita emissions of commuters are two and a half times higher than in other metropolises such as Mumbai, Kolkata, Chenai, Bangalore or Hyderabad. The MCC study will soon be published in the journal Environmental Research Letters and has already attracted attention in India, for example the mass paper The Hindu reported on the study.