An MCC study based on a high-profile survey explores the specific circumstances that still cause a heavy reliance on this particularly climate-damaging energy source. 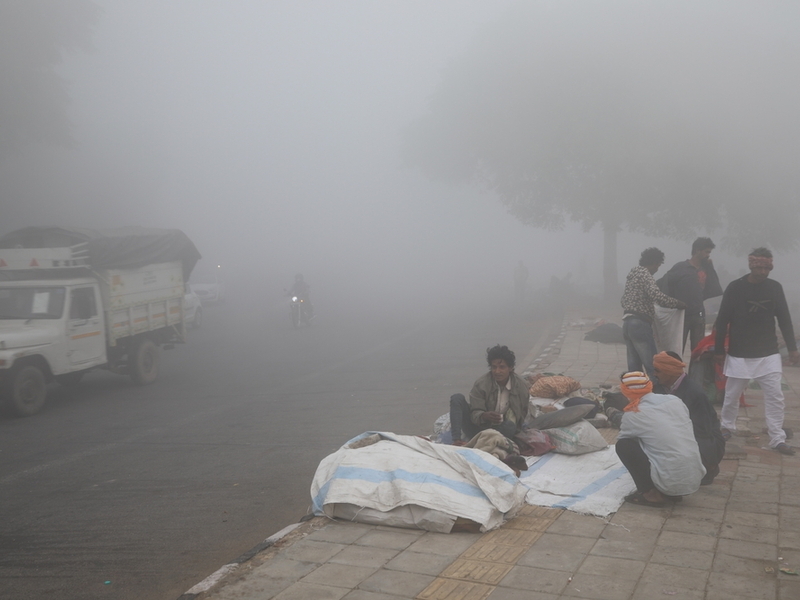 Coal, which is extremely harmful to the climate, remains the world's main source of electricity; the global power plant capacity amounts to more than two thousand gigawatts and continues to grow despite power plant shutdowns. How does the “political economy” work, i.e. the setting of power and decision-making structures in favour of coal? Answers for eight important coal countries – and starting points for a coal phase out – are now provided by a scientifically designed survey of international experts. The corresponding study by the Berlin-based climate research institute MCC (Mercator Research Institute on Global Commons and Climate Change) has been published in the renowned journal Energy Research & Social Science.

The research team looks at where coal usage is still being expanded: China, India, Indonesia, Vietnam, the Philippines, Turkey, South Africa, and Japan. It identifies top experts from academia and practice, with country-specific knowledge, and interviews them along the lines of the “Actors, Objectives, Context” framework developed at MCC. This allows determining who the powerful people are in each country, what their goals are, and what influences the priority of these goals, i.e. the energy mix. Based on this framework, the MCC has recently presented a compendium with case studies.

“This paper is complementary to that compendium,” explains Nils Ohlendorf, PhD student in the MCC working group Climate and Development and lead author. “The systematic query of 77 possible influences, with a five-point low-high scale, thereby creates, for the first time, a cross-nationally comparable quantitative finding that reveals conclusions into fundamental obstacles to a global coal phase-out.”

123 questionnaires filled out by the top experts were evaluated. They help to understand why coal-fired power generation continues to be expanded. In all eight countries examined, the internal structure of the power sector and its entanglement with politics play a major role. In addition, coal expansion helps these countries to achieve priority goals such as economic growth, energy security, and low electricity costs. Environmental and climate protection, on the other hand, usually rank far behind. Lobbying, i.e. direct influence on the political decision-making process, plays a prominent role in all countries, regardless of the political and economic system.

The study also identifies the central actors involved in coal: energy ministries, state leadership, and the ruling party are particularly important in all eight countries. In China, the ministry for planning also plays a prominent role, while in the Philippines and in South Africa it is the supreme court. In Japan, industrial associations have a strong influence, and trade unions are noticeably involved in South Africa. In the corporate world, public utilities are particularly committed to coal in all countries, as are heavy industry and banks. In India, the railway company (which uses earnings from coal transport to cross-subsidise low passenger fees) is also important, while in Indonesia it is the mining industry.

The study uses statistical methods to identify typical forms of coal dependency and frequent combinations of important actors, objectives, and contextual conditions. Based on this, it also ventures some statements on how to undermine the political economy of coal: unbundle the power sector to reduce its political influence; align the energy transition in emerging economies with the prevailing goals of growth and competitiveness; and break down local resistance through international coordination and climate finance.

"The findings help us to identify effective policy instruments to stop coal expansion”, says Jan Steckel, working group leader at MCC and one of the co-authors. “The UN Climate Change Conference 2021 in Glasgow called, for the first time, on the countries of the world to phase down coal. But, to realize that goal we need to understand political difficulties. Only then can we limit global heating to 1.5 degrees.”