"Making the transformation cost-effective and suitable for the masses” 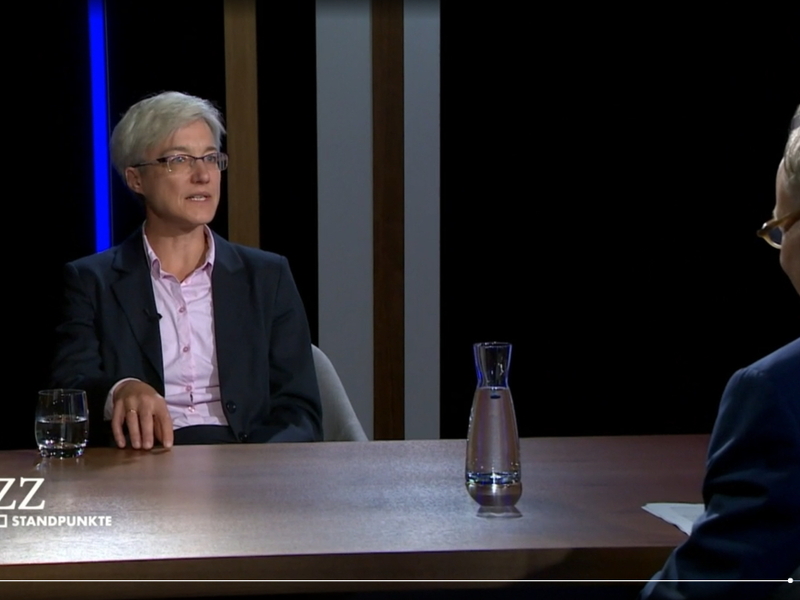 "Is climate protection something that politicians want, and activists demand, while the people expect cheap running costs for their car?" With this question, Eric Gujer, the editor-in-chief of the traditional "Neue Zürcher Zeitung", opened yesterday’s episode of its much-acclaimed TV programme "NZZ Standpunkte" on Swiss television. The almost one-hour long programme, which is freely available on the internet, offers an extraordinary analysis. The interlocutor is Brigitte Knopf, Secretary General of the Berlin-based climate research institute MCC (Mercator Research Institute on Global Commons and Climate Change).

The link to the interview (in German) can be found here.

In the classic “devil’s advocate” interviewer role, NZZ head Gujer systematically formulates the possible objections to the current climate policy at national and international level: it is at the expense of low-income households, it burns a lot of money, it undermines the market economy, it fails to recognise the dominant role of China and the USA, and so on. In an intensive conversation, recorded in September in a television studio in Zurich, the potential of a carefully designed approach against global heating becomes clear against the backdrop of this rhetorical strategy.

Brigitte Knopf, for example, explains precisely the effect of socially balanced carbon pricing as the foundation of climate policy. "It sets the framework for an economy-wide search process that seeks out the cheapest technology." Because low-income households have a comparatively small carbon footprint, they will actually be better, rather than worse, off, with a uniform per capita refunding of revenues. Governments should ensure this is implemented and communicated well; "it depends very much on good communication here". And citizens need to be involved: “In the past, a coal-fired power plant was sited somewhere – but with the expansion of renewable energies and especially with transport transition in cities, the transformation is moving closer to the people." It is necessary to "organise the climate change as a project for the whole of society".

When asked by Gujer whether climate policy means more market or more state, Knopf says: "In every case, more market. However, standards as well as prohibitions and bans, also have their place, and the state must aggressively shape the path to net-zero emissions with a clever policy mix. China and the USA have now also committed to this goal. Climate protection costs money, but the climate crisis costs much more – and the task now is to make the transformation cost-effective and suitable for the masses. Politics has the central responsibility. "Saying you have to ride a bike now and you can't eat meat is a stretch for the individual."

Further information:
"Climate Change – What do we know, what can we do, what can we hope for?": NZZ-Standpunkte" programme with NZZ Editor-in-Chief Eric Gujer and MCC Secretary General Brigitte Knopf (in German, here).