“This is a historic policy plan for Europe, commensurate with the scale of the challenge” 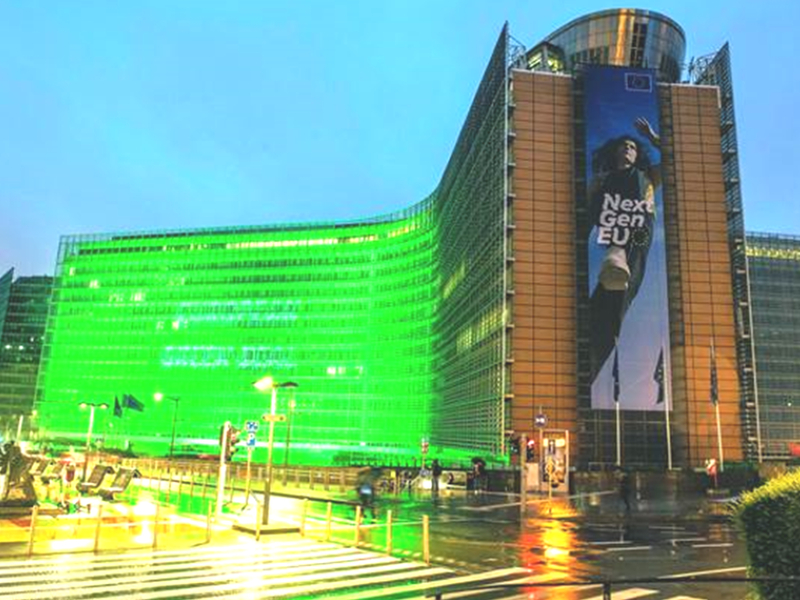 Planning a climate-neutral Europe within one generation: the EU Commission in Brussels. | Photo: EU Commission

Today, the EU Commission has presented its "Fit for 55" package of legislative proposals to achieve the climate targets it tightened in April (55 percent reduction in greenhouse gas emissions from 1990 by 2030, with climate neutrality in 2050). These include changes in the EU emissions trading system for energy and industry, a second emissions trading system for buildings and road transport, stricter emission standards for cars, and blending quotas for green fuel for aviation and shipping. There are higher targets for the expansion of renewable energies and for energy efficiency as well as plans for carbon removal from the atmosphere, accompanied by a social fund and a border carbon adjustment. On this issue Brigitte Knopf, Secretary General of the Berlin-based climate research institute MCC (Mercator Research Institute on Global Commons and Climate Change), comments:

"This is a historic policy plan for Europe, commensurate with the scale of the challenge. It will determine climate, energy, and ultimately economic policy in the 27 member states in this decade. In order to achieve the emission reduction targets and to make the continent truly climate-neutral within a generation, the EU Commission is designing a convincing architecture. Firstly, it makes carbon pricing as the core instrument of climate policy significantly more ambitious and, through the new emissions trading system, also more comprehensive than before. Secondly, it additionally pushes climate protection at some important points through quantitative targets. And thirdly, it lays the foundation for safeguarding social cohesion in Europe as well as ensuring the competitiveness of the European economy."

"In order for this draft to be implemented, the European governments' formative power is needed in the coming months and years. This includes their willingness to balance diverging interests carefully. The German government that will be formed after the Bundestag elections in September will need to do its utmost to implement this plan in, and with, Brussels. German climate policy has often tended to rely on isolated solutions. A European perspective has been missing; the constant reference to European emissions trading is not sufficient. There also needs to be a clear idea of how the various facets of climate policy belong together, such as carbon pricing, regulation, and investment programmes. The character of Germany’s journey towards climate neutrality remains vague, and there is a lack of clarity in the parties' programmes for the September elections. Now it becomes tangible in this grand design of the EU Commission."

Further information:
Die EU Commission's press release on the "Fit for 55" package can be found here.