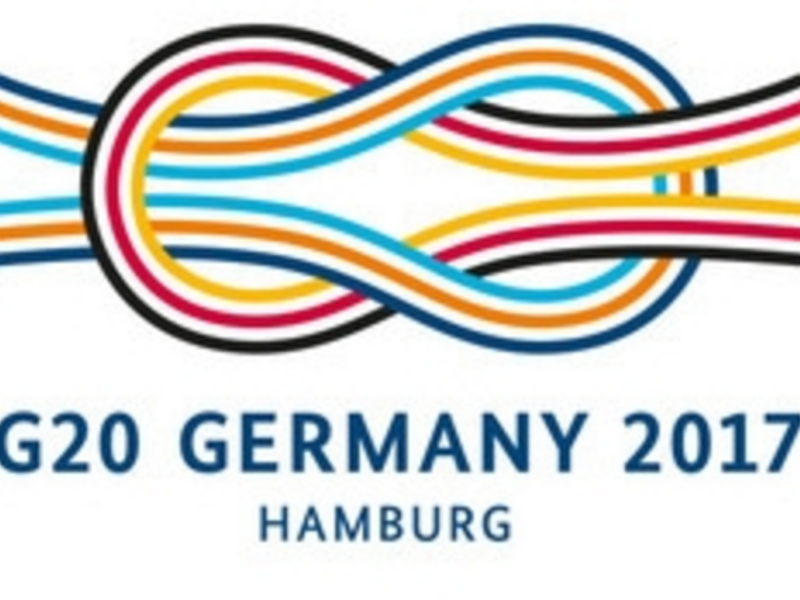 We call for responsible leadership and long-term frameworks

Climate change represents one of the largest risks to sustainable development, gender equality, inclusiveness, equitable economic growth, and financial stability. To curtail climate change, we need fast and ambitious global action. Therefore, we, the Chairs of the Climate and Energy Taskforces of the G20 Engagement Groups Business 20, Civil 20, and Think 20 as well as the Engagement Groups Labor 20, Women 20 and Youth 20 – together with the Foundations 20 –, consider the decision of the U.S. Government to pull out of the Paris Climate Agreement as very short-sighted and irresponsible. This decision not only ignores the reality of climate change and the opportunities of an international framework for the necessary transformation but also undermines the standing of the United States as a reliable partner in solving global problems. Ignoring the threat posed by climate change endangers a sustainable future for today’s youth and coming generations. Today’s challenges are global in nature and require coordinated solutions and international cooperation. We need globally agreed upon targets and frameworks – like the Paris Agreement and the UN’s Sustainable Development Goals (SDGs) – to transform huge challenges into opportunities and to create a perspective for innovation, decent jobs, and a vivid civil society.

While we welcome constructive suggestions on how to implement the Paris Agreement, the UNFCCC and many countries have made clear that the agreement cannot be renegotiated. We agree with this and strongly encourage the United States to stay in.

We ask for a clear signal by the remaining G20 members

We strongly emphasize the importance of the Paris Agreement and its goals to limit the increase of global temperatures, to strengthen the ability of developing countries to cope with the impacts of climate change, and to shift investments in those directions. The Paris Climate Agreement is indispensable in tackling the global climate crisis. It provides a solid basis to change how we produce and consume energy in all parts of our societies, while ensuring competitiveness, sustainable growth, energy access, and decent jobs in line with the SDGs. Investing in a sustainable future does not come at the expense of economic growth and creation of decent jobs. Quite the contrary, when based on a just transition, investing in modern, smart, and clean economies will boost economic development, create jobs, improve productivity, and reduce inequalities. It is clear that the world economy is heading towards increased use of renewable energies and energy efficiency. We now need a clear signal from the leading economies that this is the unequivocal long-term direction.

Therefore, we congratulate all G20 countries that have shown determination to implement the Paris Agreement and urge them to take a lead in its implementation. Six G7 countries stood up for climate protection at the recent G7 Summit in Italy. In a similar vein, even without the United States, the remaining 19 of the G20 members should convincingly show their willingness to implement the Paris Agreement at the upcoming G20 Summit in Hamburg.

First, all G20 – or at least 19 – members should support the UNFCCC in developing an effective Paris rulebook and submit (revised) Nationally Determined Contributions (NDCs) with high and comparable ambition levels that are sufficient to reach the climate goals set forth in the Paris Agreement, in particular Article 2. Leading by example, the G20 governments should commit to back up their NDC with concrete and transparent national low-GHG emission development strategies by 2018, but definitely not later than 2020. Those with respective commitments should speed up their efforts to mobilize $100 billion a year by 2020 in climate finance from developed countries to support climate action in developing countries.

Second, the G20 should collectively drive towards effective and globally converging carbon pricing mechanisms and agree on a concrete and ambitious timeline for phasing out (inefficient) fossil fuel subsidies as put forward by the G20 presidency , and report progress on an annual basis. These factors are essential to direct infrastructure investments towards low-carbon and energy-efficient technologies. The G20 should share best practices for the use of the revenues from carbon pricing and the redistribution of savings from fossil fuel subsidies reforms to ensure a just transition that benefits all.

Third, the G20 should enable financial markets to deliver on sustainable development and further expand the work of the G20 Green Finance Study Group under the finance track to that end. For mobilizing additional private sector capital at the required scale, the G20 should promote international disclosure and reporting standards for environmental and climate-related financial risk and build on the recommendations of the Taskforce on Climate-related Financial Disclosure to this end. The G20 governments should also consider environmental, social and governance (ESG) performance as bidding criteria for infrastructure projects.

We strongly support climate action and cooperation on the state and municipal levels, both in the United States and by the other G20 members

U.S.-leaders from 125 cities, 9 states, 902 businesses and investors, and 183 colleges and universities have sent a strong signal to the international community and the 194 other parties that they “are still in and will continue to support climate action to meet the Paris Agreement”. An overwhelming majority of U.S. citizens, including labor unions, are in support of remaining in the Paris Agreement. We applaud this continued commitment of those U.S. actors to ambitious action on climate change and implementing the U.S. emissions pledge under the Paris Agreement absent leadership at the federal level. This will help meet America’s emissions pledge. We strongly support the climate endeavors at the state, city, and business level in the United States and look forward to their cooperation. We applaud all similar climate endeavors all around the world.

G20 Germany holds dialogue forums with business (Business20), civil society organizations (Civil20), trade unions (Labour20), the scientific and research community (Science20), think tanks (Think20), women (Women20), and youth (Youth20). The B20, C20 and T20 Chairs and Co-Chairs have each decided to set up dedicated climate and energy taskforces to better target their recommendations towards the G20.

The B20 Energy, Climate and Resource Efficiency (ECRE) Taskforce deals with three focus topics on how to curtail climate change, how to foster the global energy transition and how to advance resource and energy efficiency. The B20 ECRE recommendations are available here: https://www.b20germany.org/fileadmin/user_upload/documents/B20/b20-factsheet-ecre.pdf

The C20 Sustainability (Energy and Climate) Working Group focuses on necessary actions for the rapid and ambitious implementation of the Paris agreement, including support for climate resilience and the most vulnerable. The C20 recommendations are available here: http://civil-20.org/main/wp-content/uploads/2017/03/Sustainability.pdf

The L20 represents the interests of workers at the G20 level. It unites trade unions from G20 countries and Global Unions and is convened by the International Trade Union Confederation (ITUC) and Trade Union Advisory Committee (TUAC) to the OECD.  The L20 Statement can be found here: https://www.ituc-csi.org/IMG/pdf/2017_l20_statement_lemm__en.pdf

Y20 is the official Youth Dialogue of the G20. 68 youth from all G20 countries as well as representatives from international organizations gathered in Berlin from 01-08 June, 2017. During this G20 youth summit the young people aged 20-30 worked on positions and actionable recommendations on the G20 topics. The final communiqué that has been presented to the Chancellor can be found at y20-germany.org

Foundations 20 (F20), the new G20 platform of foundations, is focused on the implementation of Agenda 2030 and of the Paris agreement.

W20 Chair, President of the Association of German Women Entrepreneurs

F20, Chairman of the Board Stiftung Zukunftsfähigkeit